The History of Queen Anne, Digested into Annals. Year the Sixth. Containing a Full and Exact Account of the Long and Glorious Campaign of His Grace the Duke of Marlborough and Prince Eugene. Abel Boyer – 1708 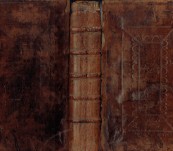 Published by Margaret Coggan, London in 1708.

Octavo, 559 pages all up, bound in original panelled calf, rubbed and cracked at joints, pages lightly browned. Various endpaper scribbles of the period and interesting ownership notations … Richard Townley’s signature on the title page and, the deleted name of James Bamford and a note “not his book 1718”. Also, to affirm, carries the Townley bookplate and an unusual inscription “Begun my short round at small Bridge design to end at Whitworth”

The Townley or sometimes written Towneley family have a special place in English history. They had been fighting in wars for centuries and at this time supported the Jacobites. A Richard Towneley (1689-1735) who could be our man, was arrested in 1715 after at the Battle of Preston and acquitted after an expensive trial ... they could afford one. His brothers John and Francis joined the French army and aided the final Jacobite uprising in 1745 … Francis was captured and executed in 1746. The book “How the Hangman Lost His Heart’ is about his story. Later family members amassed a very substantial library which was auctioned off in the 1820’s to refurbish their city digs, Corney House in Chiswick. This book would have passed through that auction.

John Churchill was the First Duke of Marlborough and the campaigns he successfully fought with the aid of his trusted Imperial Commander, Prince Eugene were the greatest strategic Military actions before Napoleon. His family had already amassed wealth through high connections, but his success brought special treatment from Anne, and William before her. His wife Sarah was a first a special friend of Anne’s and history suggest they may have been lovers … before there was an enormous falling out and Sarah was ejected from the bed chamber and Court. Many who visit Blenheim Palace (named after one of his greatest campaigns) believe Churchill's wealth must have been beyond any limit … however its building was plagued with problems, not the least financial, and took twenty odd years to complete. Churchill never got to occupy it … unfinished and unfurnished at his death in 1822.

The author Abel Boyer (1667-1729) was French born Huguenot who fled, first to Friesland, then to England. There he fell into great poverty but eventually got a role as a transcriber. His scholarly talents were recognised, and he went on to become tutor to the aristocracy and to Prince William, son of Princess to be Queen Anne. For William he prepared “The Complete French Master” which was published in 1694. He wrote and published numerous history books and it is no surprise, given his connections, that he wrote his series of books on the reign of Queen Anne. The publisher Margaret Coggan was the widow of Francis Coggan who had died the year before this book was published. She continued to trade from the Inner Temple Lane dealing mainly in law books … she had a half share in Dr John Harris’s Lexicon Technicum

Interesting antiquarian history … a busy year in the reign of Queen Anne ... and the making of Marlborough